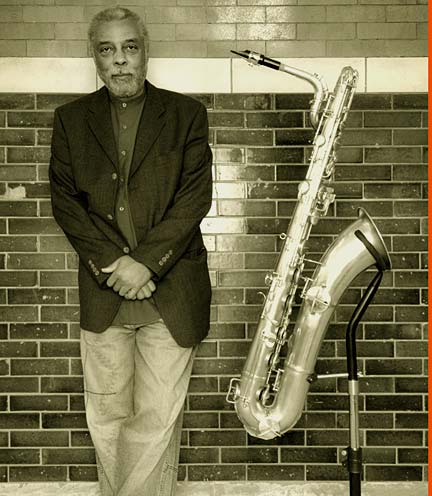 Hamiet Bluiett is widely regarded as one of the most talented baritone saxophone players in all of jazz music. Bluiett has continued to record and perform as a bandleader into the twenty-first century, and he has consciously resisted the advanced technological techniques of the new century in favor of a more stripped-down sound. “I’m dealing with being more healthful, more soulful, more human. Not letting the computer and tricknology and special effects overcome me,” he told the Santa Cruz Sentinel. “I’m downsizing to maximize the creative part. Working on being more spiritual, so that the music has power … power where the note is still going after I stop playing. The note is still going inside of the people when they walk out of the place.”